The Curculionoidea (weevils) are a hyperdiverse group of beetles with between 60,000 and 70,000 described species.  Most are plant- or fungus-feeding both as larvae and adults.  They utilise many different parts of their hosts, the adults mainly feeding externally but larvae of different species externally feeding on all plant parts, boring in roots, stems and leaves, feeding in buds, fruit or seeds, and utilising both dead and living plants.  Their classification is problematic, and there is still great disagreement on the phylogenetic relationships or even validity of most groups. 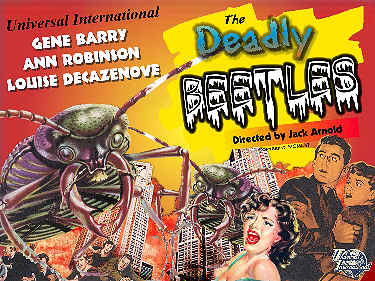 Tempers flared in downtown Las Vegas this afternoon after one species of giant weevil discovered it had been incorrectly classified.  The group has demanded recognition as a seperate species and threatens action should taxonomists not act quickly to redress the situation